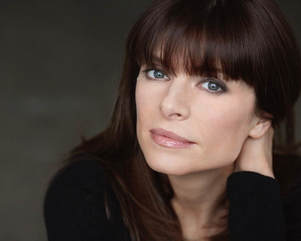 Gretchen Egolf is an actor, director, and teacher, currently a Lecturer in Acting at London Academy of Musical and Dramatic Arts,  Royal Central School of Speech and Drama, Academy of Live and Recorded Arts, and The Actors Centre.  She has also taught at RADA and Brunel University, as well as in her own independent studio practice.  Gretchen trained at Juilliard (concurrent with Antigoni Goni) and has performed to critical acclaim in theatre, film, and television, in both America and the UK.  She has appeared on and off Broadway and in and off the West End, as well as in theatres across the US.  Her screen work is extensive, mostly in American television.
In teaching and coaching, Gretchen specialises in the Michael Chekhov Technique, receiving teaching certification from the Michael Chekhov Association and having studied extensively with Michael Chekhov London, NYC, and Europe, as well as being a member of Michael Chekhov UK and contributing to the recent New Pathways research project, symposium and book at Goldsmiths.  Gretchen also teaches various other methodologies and approaches to acting as well as directing theatre and experimental film.