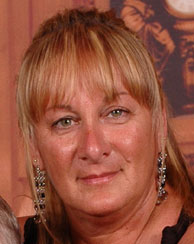 Dayle Besler is a Classical Guitarist and Pianist calling Edmonton, Alberta, Canada her home. She was born and raised in Winnipeg, Manitoba, beginning piano lessons at four and a half years old. Music has always been a career goal for her, even from a very young age. For the past 25 years, Dayle has owned and directed Sonata Studio, through which she has seen 10 of her students win coveted Royal Conservatory Silver medals, awarded for achieving the highest examination mark in Classical Guitar in a calendar year in the Province of Alberta.

With an ARCT in Piano and Grade 10 Guitar from the Royal Conservatory of Music in Toronto, she teaches up to and including Grade 10 Piano, Grade 8 Classical Guitar, with Guitar Ensemble being a specialty, as well as all three Theory levels, and Grades 1, 2 and 3 History. Her guitar training has included such teachers as Carl Lotsberg (University of Alberta), Christopher Parkening (Montana State University), John Sutherland (Georgia State U), David Brandon (Texas), Virginia Luque (New York), and Rolf LaFleur (Stockholm). Dayle received her Suzuki Classical Guitar training in California in 1998, studying under Frank Longay. She was subsequently invited to establish and teach the Suzuki Guitar Program at the Suzuki Elementary School in Edmonton, where she remained for three years. Upon leaving the Suzuki Elementary School to open her own Suzuki-centered program, she accepted an invitation to establish and teach an identical program at St. Martin’s Ukranian Catholic Bilingual School, where she remained for two years.

In addition to running her own private studio, Dayle was on the faculty of Woodhaven Junior High School in Spruce Grove, Alberta for 13 years. Along with her music assignment, she worked with Learning Disabled and Behaviour Disordered teens. While she was at Woodhaven, Dayle was the Assistant Musical Director for 5 shows-“Oklahoma”, “Pirates of Penzance”, “Happy Valley High”, “The Wizard of Oz”, and “The Sound of Music”. Dayle was also associated with Horizon Players, a semi-professional theater group, for many years, and has done Musical Direction for three of their shows-“Lock Up Your Daughters”, “Hans Christian Anderson”, and “Steppin’ Out” (in which she also acted). She has also accompanied a 100-voice choir, many soloists-both vocal and instrumental-, as well as performing in many different venues throughout Edmonton, both as a soloist and in string ensembles.

Although Piano was her first instrument, Dayle is currently more focused on Classical Guitar. In addition, her students are consistent scholarship winners at Alberta Music Festivals, and her Senior Ensemble has performed in many different venues in Edmonton, as well as recording a full length CD called “Taking Time”. All of the proceeds from this CD are directed to Inner City High School, which is a school that takes young people out of the drug culture and off the streets, giving them a future they wouldn’t otherwise have.
Dayle was on the Board of Directors of the Edmonton Classical Guitar Society for 10 years.