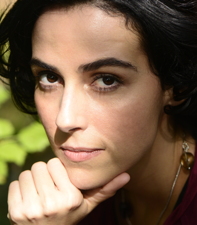 In 2014 Clarice serves as Albany Orchestra's Composer-Educator partner, curating a major educational project with a local school during her residency, and will join the orchestra for a performance of her Concerto for Scat-Singer, Piano and Orchestra in May 2014. In February 2014, a new work for orchestra (SARAVÁ) will be recorded by the Orquestra Sinfônica de São Paulo under the leadership of Marin Alsop. The work was commissioned by Fundação OSESP and will also be the season opener for the orchestra's Brazilian tour.

Also in 2014, Assad collaborates in a number of projects, including a 40 minute concert of arranged music for the Century Chamber Orchestra and Chanticleer.  Recent commissions include a new concerto for guitar and orchestra (by the Harris Foundation); a new piece for guitar orchestra by the York Guitar Society) and a piano work for speaking pianist, which will be premiered by Inna Faliks in March.   Assad is currently a resident artist in the Composer Librettist Development Program at American Lyric Theater, working towards a one act opera which will be premiered in NYC during the month of July.

Clarice has also written for theater and ballet. Works include Ópera das Pedras, written and directed by visual artist Denise Milan and co-directed by Mabou Mine's co-founder and director Lee Breuer; an original soundtrack for the play A Lição de Anatomia by Argentinian playwright Carlos Mathus, the ballet Steps to Grace, by choreographer Lou Fancher and Essentials of Flor by Kristi Spessard. Assad's Impressions, a suite for chamber orchestra, has been choreographed in the United States & Brazil. She has attended numerous artists residenciesm including the Aaron Copland house, The Harrison house, the MacDowell Colony and Yadoo.

As a performer, Assad has received acclaim for her performances of both original compositions and her own arrangements of popular Brazilian songs and jazz standards. She has performed at venues including the Caramoor International Jazz Festival, Zankell hall and The Metropolitan Museum of Art in New York City, Concertgebow in Amsterdam, San Francisco Jazz, Pick-Staiger Concert Hall in Chicago, Le Casino de Paris in Paris, France and the Palais des Beaux Arts in Brussels, Belgium. As a vocalist, Ms. Assad sings in Portuguese, French, Italian and English, but thrives in exploring the voice as an instrument, creating a vast array of innovative techniques. “When she scats, she sings with intonation as precise as any digital device, improvising cascading scales that take on sparkling lives of their own.” (Tucson Citizen).

A native of Rio de Janeiro, Clarice Assad was born into one of Brazil’s most famous musical families (she is the daughter of Sergio Assad, one of today’s preeminent guitarists and composers), and has performed professionally since the age of seven. Formal piano studies began with Sheila Zagury in Brazil; she then studied with Natalie Fortin in Paris and had additional instruction in Jazz and Brazilian piano under the tutelage of Leandro Braga. Clarice continued her classical piano studies in the United States with Ed Bedner (Berklee School of Music) and then Bruce Berr at Roosevelt University in Chicago. Composition mentors are Ilya Levinson, Stacy Garrop, David Rakowski, Osvaldo Golijov, Michael Daugherty, Evan Chambers and Claude Baker. Clarice studied voice with composer and singer Susan Botti and Judy Blazer.

Miss Assad holds a Bachelor of Music from the Chicago College of the Performing Arts, Roosevelt University in Chicago, Illinois, and a Masters of Music in Composition from the University of Michigan, Ann Arbor.