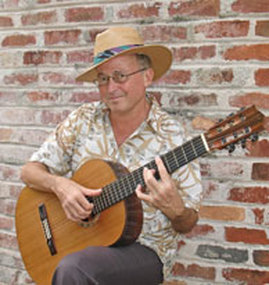 For over four decades, Carlos Barbosa-Lima has been regarded as one of the most creative and versatile acoustic guitarists on the world stage. Born in São Paulo, Brazil, Mr. Barbosa-Lima began studying the guitar at the age of seven and made his concert debut five years later in São Paulo and Rio de Janeiro. He began his recording career while still in his teens, continuing to appear regularly in concert and on Brazilian television.

Mr. Barbosa-Lima studied with the legendary Andrés Segovia. Since his U.S. debut in 1967, he has enjoyed a global concert career marked by numerous distinguished recordings. His legendary albums of the 1980's and 90's on the Concord label - which include collaborations with guitarists Laurindo Almeida, Charlie Byrd, and Sharon Isbin - have been highly sought after by guitar aficionados and Latin / Jazz / Classical music lovers alike. He has also performed as a guest soloist with many of the world's great orchestras and has been the featured performer at several prestigious music festivals.

The breadth of his repertoire and his unique ability to integrate diverse musical styles- from Classical and contemporary to Brazilian and jazz- are strong features of his work. From Scarlatti and Debussy to Gershwin, Jobim and Lecuona- Carlos Barbosa-Lima delivers highly inspired, satisfying performances that have catapulted him onto the world stage. Many important composers have written music for him, and he has premiered such landmark works as Alberto Ginastera's Sonata, opus 47.

Carlos' three recent CD releases for the ZOHO label FRENESI (2004), SIBONEY (2004) and CARIOCA (2006) have been widely acclaimed as some of the most original and virtuosic acoustic guitar releases in recent memory, easily crossing the boundaries between Latin jazz, South American folk styles and classical concert music for the guitar. In each of the three recordings, Carlos invited internationally renowned jazz bassists to “sit in” with him, including John Benitez (Frenesi)

Barbosa-Lima's imaginative concert programs have broken down the worn-out dichotomy between popular and classical music thus single handedly redefining the role of the classical guitar for the 21st century.