This year, the American guitarist and composer Christian Cruz convinced the jury with  Suite Homenajes, which  in his own words, "was initially inspired by an obsession with J.S. Bach's 'Toccata for harpsichord', and is built up from direct quotes from pieces while and pastiches of the composers' musical aesthetics".

Dusan Bogdanovic, president of the jury, defined Suite Homenaje "an original, humorous maverick composition; it will both impress and make you smile."

Suite Homenajes will be premiered  on at the Palazzo dei Priori in Volterra in July 2020. 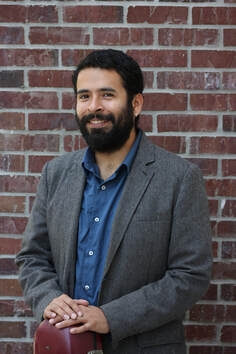 Christian Cruz is a classical guitarist and composer. He grew up surrounded by the rock and hip hop scenes of his native Los Angeles, while simultaneously being influenced by the Latin American music of his own heritage. As a young guitarist, he played rock in Hollywood venues such as the Whiskey A Go Go and the Roxy. As his career in contemporary and classical music developed, so did his interest in composition.

He has studied classical guitar with Steve Thachuk and Grammy award winners, William Kanengiser and John Dearman. He holds a Bachelor's of Music from California State University Northridge and a Master’s of Music from University of Southern California's Thornton School of Music. Christian also participated in the second annual ​Master in Classical Guitar Performance in Seville. The year-long program, led by Seville’s own Paco Bernier, included an ongoing rotation of lessons with Judicael Perroy, Zoran Dukic, Lorenzo Micheli, Paolo Pegoraro and Pablo Marquez. He has performed internationally including solo concerts in Spain, Mexico and the USA.

Currently, Christian is studying music composition at Fresno State with Dr. Kenneth Froelich and Dr. Benjamin Boone. He has received several awards including Best Composition Award and Audience Choice Award for his adaptation of ​so together​, a poem written by former U.S. Poet Laureate Juan Felipe Herrera for the 2020 Fresno State Art Song Composition Competition.