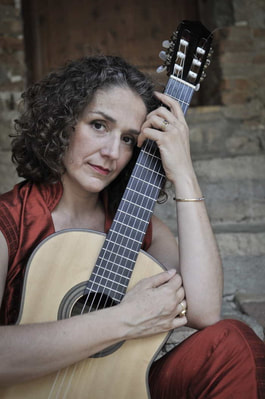 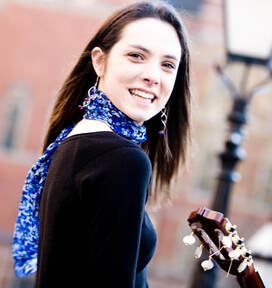 Award-winning classical guitarist and composer Laura Snowden was handpicked by Julian Bream to give the Bream Trust concert at Wigmore Hall in 2015 and 2017, including world premieres by Olli Mustonen and Julian Anderson, commissioned by the Trust. She was the first guitarist to graduate from the prestigious Yehudi Menuhin School, where guitar tuition was made possible by a donation from the Rolling Stones. She was invited by guitarist John Williams to perform at Shakepeare’s Globe with her folk ensemble Tir Eolas, and recently recorded Lisa Streich’s new guitar concerto Augenlider with the Deutsches Symphonie-Orchester Berlin.
She currently teaches at the Yehudi Menuhin School and has given classes at the International Guitar Foundation's Summer School, the Royal Welsh College of Music and Drama, Birmingham Conservatoire and the Altamira Hong Kong International Guitar Symposium.
read more
Business of Music

As a soloist, Don has presented concerts throughout Southwestern British Columbia in classical and acoustic fingerstyle styles. His passion for chamber music has also led him to perform with members of the Vancouver Symphony Orchestra, the Vancouver Opera Orchestra, the CBC Radio Orchestra, and the Borealis String Quartet.

As an educator, Don was a member of the music faculty at Kwantlen Polytechnic University (KPU) from 1993 to 2019 and served as Department Chair from 2012-2018. He was the Director of Guitar from 2003-2019 as well as the Founder & Artistic Director of the Fraser Valley Acoustic Guitar Festival (1998-2019). In addition to working with students in studio lessons, coaching chamber ensembles, and teaching fretboard harmony, Don also taught an introductory course on the Music Industry and an upper-level course on the Business of Music (Career Development & Entrepreneurship). Don is also a member of the Canadian Music Festival Adjudicators’ Association and is honoured to work with talented young musicians in advancing their craft. Additionally, he is the owner and operator of the Fort Langley Guitar Studio.
read more
Music Physiology 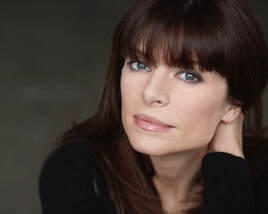 Gretchen Egolf is an actor, director, and teacher, currently a Lecturer in Acting at London Academy of Musical and Dramatic Arts,  Royal Central School of Speech and Drama, Academy of Live and Recorded Arts, and The Actors Centre.  She has also taught at RADA and Brunel University, as well as in her own independent studio practice.  Gretchen trained at Juilliard (concurrent with Antigoni Goni) and has performed to critical acclaim in theatre, film, and television, in both America and the UK.  She has appeared on and off Broadway and in and off the West End, as well as in theatres across the US.  Her screen work is extensive, mostly in American television.
read more 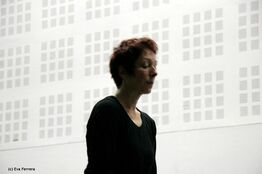 In 1985, after returning to Belgium from the United States, she created the first center for contemporary dance in Brussels: “Flagrant Délit”.  In this framework she further developed her work, becoming an affirmed choreographer and pedagogue.
read more
Special Lecture 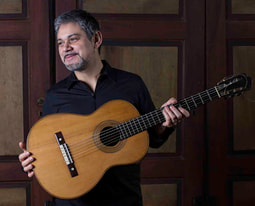 Award-winning in several national and international competitions, among the others the “Concours International d’Exécution Musicale (CIEM)” in Geneva (1995), Luigi Attademo was pupil of the guitarist-composer Angelo Gilardino, whose he premiered many works for guitar solo and guitar and orchestra.
Luigi Attademo graduate in Philosophy with a dissertation on the musical interpretation, he published a book about this subject and he was contributor of several magazines. He worked in the Archive of the Andrés Segovia’s Foundation (Linares-Spain), to catalogue its manuscripts, and he discovered some unknown manuscripts of important composers, such as Jaume Pahissa, Alexan- dre Tansman, Gaspar Cassadò and others.
read more